Our mission is to construct physical theater based on great literature. Counter-Balance celebrates the timelessness of the classics, re-telling stories viscerally for a contemporary audience. 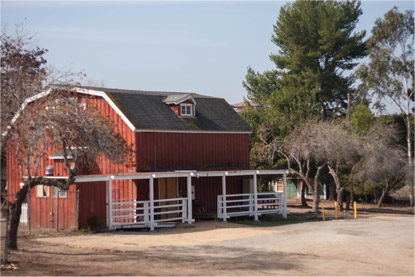 Counter-Balance trains, rehearses and holds workshop performances in the Grotowski Barn, located on the edge of the UC Irvine campus.

The Barn was originally brought to this site as the center for Jerzy Grotowski’s “Objective Drama” research from 1983-1986, and continues to be used for physical theater classes in Contact Improvisation and Counter-Balance construction.

Counter-Balance Theater was officially formed in summer 2012 as an umbrella for our devised theater production of Jane Eyre; however prior to this we have created several productions built on the same aesthetics. 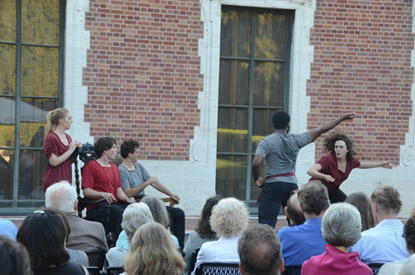 Counter-Balance productions are generally adapted and directed by Annie Loui (favorite review quotes) and constructed with the active creative participation of acting and design associates, the creative team and guest collaborators. One of our guest collaborators is Chuck Mee, and we have presented two world premieres and one Southern Californian premiere of his texts.

Counterbalance Theater Corporation is a Section 501(c) 3 not-for-profit corporation, exempt from federal and California income tax. As a registered public charity, all contributions, bequests and gifts made to further our educational and literary objectives are tax deductible for contributors and donors.

CounterBalance is governed by its Board of Directors and operates to carry out its business plan, in strict accordance with its obligations as a tax-exempt entity. Our current funding sources are a combination of performance/workshop revenues, private contributions and grants.

The materials supporting our successful 2015 application for tax exemption made to the Inland Revenue Service and to the California Franchise and Tax Board are publically available documents.